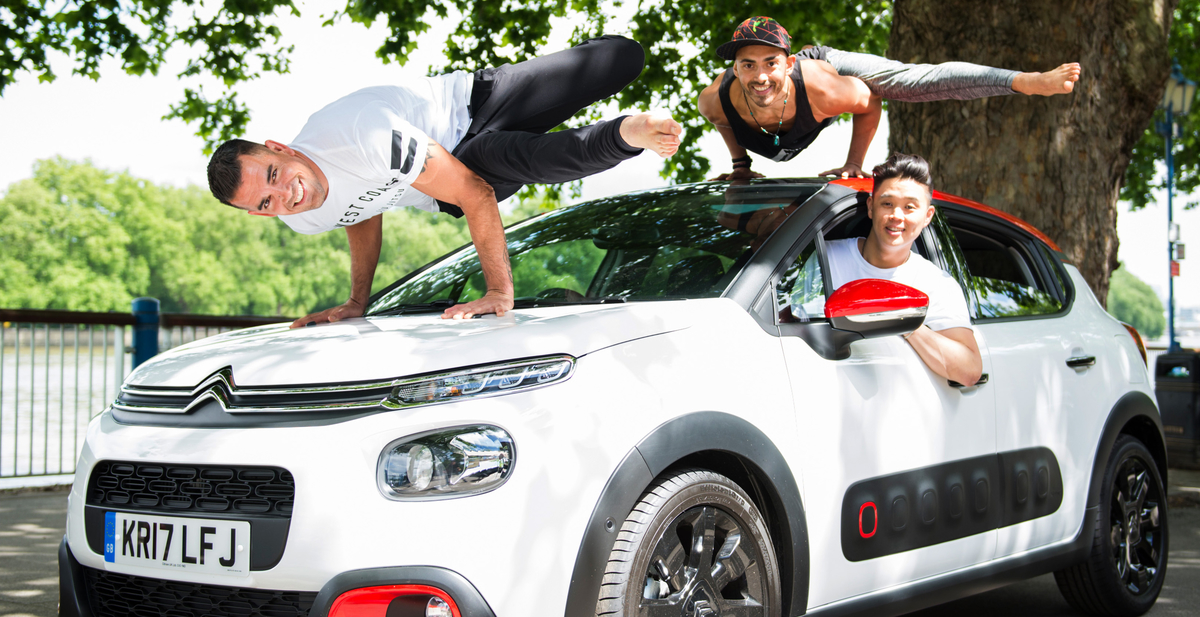 In case you haven't driven through London lately, driving can be a stressful business. Never mind the terrible traffic jams which make every single journey a nightmare, plus there are all those other drivers who are not quite as good as you, constantly raising your blood pressure.

So what is the answer?

Thank goodness then that Citroën has teamed up Yoga teacher, Michael James Wong and founder of Boys of Yoga, to launch Citroën ‘Car Yoga’. This has been inspired by the Citroën C3 and the Citroën Advanced Comfort® programme to promote relaxed and stress-free driving. Each pose has been designed to enhance the well-being of Yoga-practising drivers and passengers alike. It should help passengers unwind, and re-energise before driving, during rest periods and at their final destination. 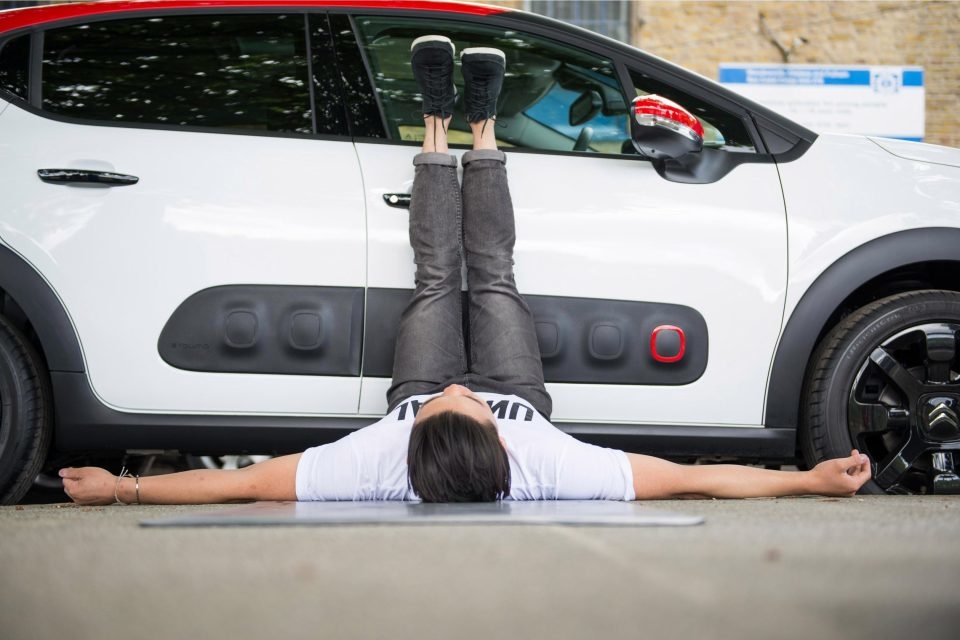 Those who want to stretch their legs can open their car door and loosen tight hamstrings with ‘The Ham Sandwich’ while resting against the soft Airbump® panels on the sides of the car. Alternatively, the ‘The Rest Stop’ pose will help to re-energise the body after a long period of driving, or after being stuck in traffic which can heighten stress levels.

During rest breaks, or upon reaching the final destination, there’s also the ‘Driver Warrior’ pose. Standing with both legs firmly grounded, you need to place your hands on the boot sill before extending each leg behind in turn. This pose will relax your legs after a long drive.

Citroën would of course like to point that before attempting ‘Car Yoga’ you really do need to take a few precautions. In the first instance it would be far better if you actually practised Yoga. Otherwise this could probably put your back out. Oh yes and also make sure that your vehicle is parked in a safe location. Best not to be on a motorway hard shoulder or anything. And finally ensure that your surroundings are safe and clear.

Better yet, relax with peace of mind the UK's best car warranty offers.

Enjoy more information on the Car Yoga poses below:

1. Hands Up, Back and Forward

The Toyota that lived twice, a fascinating true story

Where to go on a UK Road Trip

Keep calm with 40% off car servicing