Imagine a car that can be filled up for a couple of pence, causes zero pollution whilst being driven, is whisper quiet and needs minimal maintenance. On paper then, a purely electric car would appear to be environmentally and practically the answer to all our motoring needs. But is it? 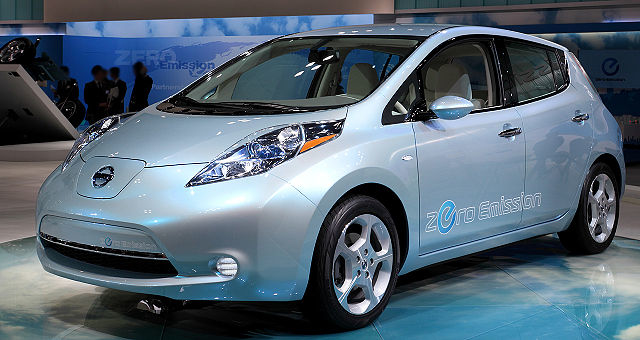 What electric cars are available?

We'll start by running through the electric cars you can currently get your hands on. From the purely electric to the hybrids with battery assistance, plug in hybrids and even range extenders there are many on the market. For the sake of environmentally friendliness however, we'll stick to the purely electric vehicle, or EV.

EV battery from a Nissan Leaf

How electric cars impact the environment

EV's may not be as green as they appear on the box. Emissions may be zero, but recharging the batteries uses electricity. Electricity that currently comes from fossil fuel burning, pollution contributing power stations. Norway is a world leader in electric cars and able to boast about how clean its cars are because they're almost exclusively run on hydropower.

According to chemistry, although an electric car is burning the same fuel as a petrol car, it's burning much less of it. An EU study found that, based on the expected 2020 performance, an electric car using electricity generated solely by an oil-fired power station would use only two-thirds of the energy of a petrol car travelling the same distance. A significant saving, but fossil fuels limit the total saving to the planet.

Although the greenhouse gases generated would be harmful wherever they occur, it could be argued that if the emissions happen at a remote power station, rather than at the roadside, it might be better for the nation’s health.

Where does the impact come from?

Batteries are expensive and don’t last forever. Makers of electric cars do sell their models with a warranty for the battery, which will lose capacity over time. For instance, in the case of the Nissan Leaf the battery is covered for five years or 60,000 miles, rising to eight years or 100,000 miles for the version with a bigger battery.

Indeed most manufacturers will sell you the car but actually lease the batteries. As research in electric car batteries continues, they are getting cheaper to produce, so by the time yours needs replacing it might not cost as much as you expect.

It has been estimated by engineering company Ricardo that the production of a petrol car involves emissions amounting to 5.6 tonnes of C02. An electric car is 8.8 tonnes and half of that is making the batteries. However, over the lifetime of the vehicle an electric car would be responsible for 80% of the emissions of the petrol car reducing this defecit somewhat - moreso if the electricity used is generated from renewable sources.

So where does this leave us? As you can see, there are many different contributing factors to and technological advances are helping towards a greener future. Currently EVs aren't as clean as you might think, but they are getting there slowly, particularly with increasing renewable energy sources.

Petrol vs Diesel, who will win?